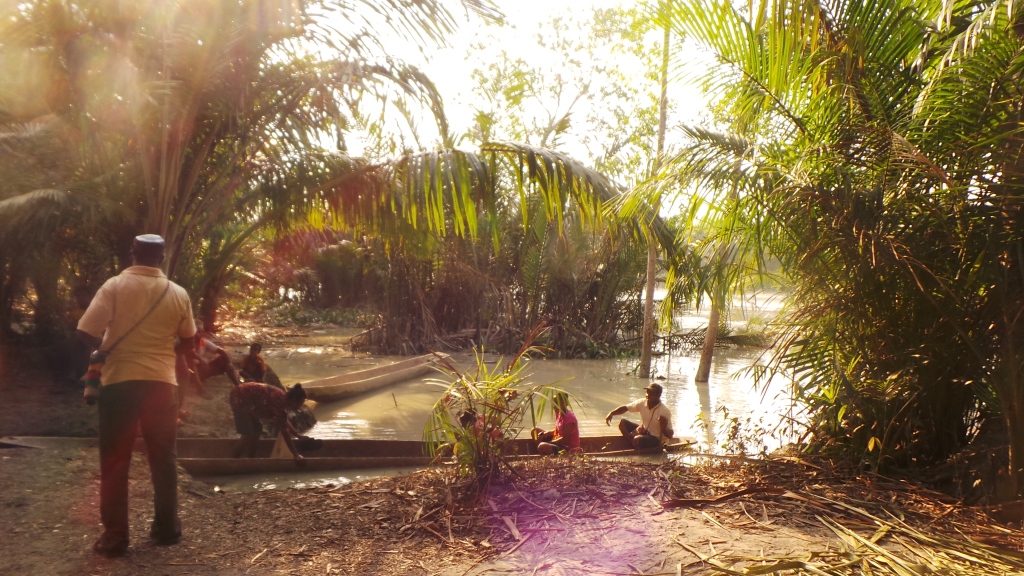 Rejecting human exceptionalism and exploring the subjective lifeworlds and particular agencies of non-human species with whom human existence is intertwined, the multispecies turn challenges us with the possibility of biocultural hope in the blasted landscapes of the Anthropocene (Kirksey et al. 2013). Relinquishing fatalistic thinking, multispecies ethnographers invite us to look around—rather than look ahead—at the multispecies futures and collaborations that flourish from the “ruins [that] are now our gardens” (Tsing 2015). The emergence of plant-human ethnography as a budding offshoot of the multispecies movement heralds to the timely rehabilitation of vegetals as legitimate and engaged actants within the “parliament of things” (Latour 1993) of which the world is (questionably harmoniously) composed.

However, plants’ radical alterity in cognitive and phylogenetic terms gives rise to particularly thorny methodological and epistemological challenges. How does one go about encountering plants in the first place? What forms of (dis)engagement (Candea 2010) are required on the part of the ethnographer? How, if at all, does one come to “think with care” about a plant, engaging care as both affect, ethics and practical labor (Puig de la Bellacasa 2012)? These are the kinds of questions that I asked myself when exploring changing plant-human relationships in the upper reaches of the Mbyan river in West Papua, Indonesia, where monocrop oil palm expansion is rapidly taking over the customary lands and forests of the indigenous Marind peoples.

The term “Plantationocene” has been used to describe the devastating transformation of farms, pastures, and forests into extractive and enclosed plantations (Haraway 2015). These transformations are conceptualized by the Marind within a dynamic multispecies cosmology in which plants constitute particular kinds of persons. People are not looking for answers to their problems among themselves—they are struggling to come up with the right questions, and plants are very much part of the conversation because plants as much as humans in the Upper Mbyan, are clearly “up to stuff.”

A growing practice among Marind is “getting to know” (pigi kenal) plants, a form of deep hanging out across species lines, involving walking to, and spending extended periods of time in the presence of sago and oil palm, which embody opposite but equally ambiguous ends of a vegetal-moral spectrum. At the same time as attempting to build a relationality with plants, Marind also acknowledge that plants, although (or perhaps like, human) persons, remain essentially ambiguous and secretive, a radical form of alterity that nonetheless engages in acts of volition with multispecies consequences. Pigi kenalconstitutes an onto-epistemological reaching out to plant persons, as much as a reaching inwards to the human moral self, in pursuit of the possibility of shared ground, but also respect for its possible impossibility.

A driving ethical-moral tenet of the multispecies approach calls for humans to treat with respect and care the companion species whom we routinely subject to unequal relations of power and domination. In the Marind world of plants, however, it is plants, as persons, that are seen to be doing violence to other species, including humans. The Marind are trying to find ways to relate to the ambiguous oil palm taking over their land. In their own ways, they are trying to come to terms with theseunloving as much as “unloved others” (van Dooren and Bird Rose 2011).

Instead of human domination lurks a prevalent fear (and lure) of perspectival capture, in which a significantly new non-human species—the oil palm—seeks to impose its point of view on Marind persons, thus creating a dangerous cosmological imbalance. Violent lives and violent deaths, both slow and rapid, are the shared fate of those species said to be “eaten by the oil palm” (dimakan sawit). Humans here, are no exception in exceptional deaths. It would thus appear that it is not so much (assumed) human exceptionalism that should be avoided in multispecies research, but rather exceptionalism of any kind –anthropo-, zoo-, or phyto-.

In our interlocutors’ own tentative grappling through discourse and practice with changing multispecies worlds, we may find, if not answers, then perhaps better kinds of questions to ask of contemporary plant-human relations. This suggests that greater dialogue is needed with indigenous worldviews and multispecies onto-moralities. For the multispecies turn to keep turning, it needs to be literally “taken to the field:” shared, discussed, critiqued, reassembled in unexpected and messy ways, with our interlocutors be they human, other, or other Others (Derrida 1995).

This post is part of our thematic series: Multispecies Anthropology: Becoming Human With Others.