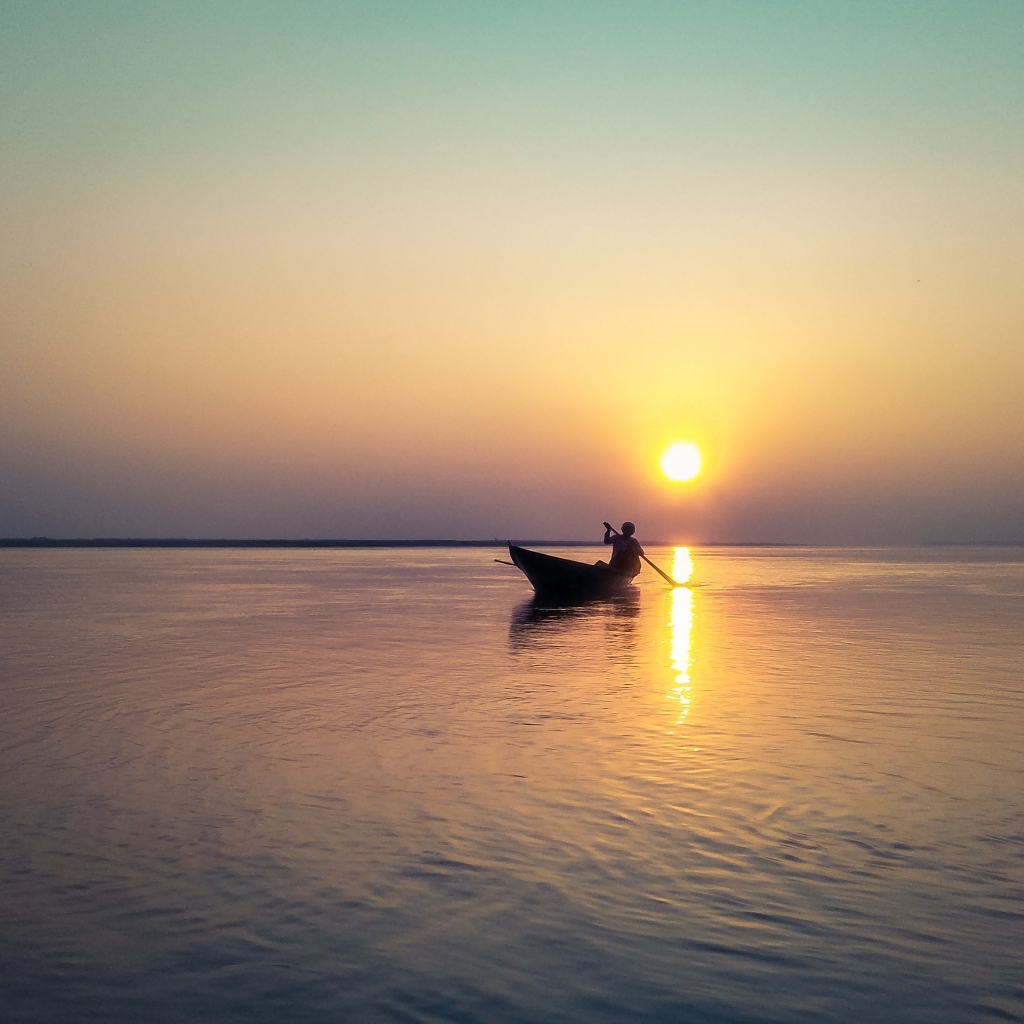 The Capacity of Stories

Burhi Aair Xadhu (loosely translated as Grandmother’s Tales) is a corpus of Assamese folktales collected and compiled in 1911 by Laxminath Bezbaroa, a pioneering literary figure of modern Assam. The intimate tales told to young children in the Brahmaputra Valley continue to be inexhaustive in their relevance. These stories are also densely inscribed by the presence of animals, in ways that are generative of rethinking relationships between humans and nonhuman lives.

One of the most popular and retold stories of the collection is Tejimola. Tejimola is a story of a lonesome young girl tormented by her stepmother. On a day when her father, who loves her dearly, is away for work, her stepmother brutally pounds her to death and buries her. From the piece of earth where she is buried, she re-emerges to life in the form of a bottle-gourd plant. When the stepmother realizes the bottle-gourd plant is Tejimola, she destroys it. From the remnants of the gourd, Tejimola comes back to life once again, in the form of a citrus tree. Each time someone comes to pluck the fruit, Tejimola resists, asking them to not harm her. Eventually, the citrus tree too is thrown away in the river. There, she metamorphoses as a lotus. On his return journey, her father spots the lotus from his boat. When he nears it, he hears the lotus achingly sing to him that she is in fact his daughter Tejimola. The father, startled, asks her to prove her identity by transforming from a flower to a sparrow. Once she does that, he takes the bird back home and confronts the stepmother. In the end, justice is served and Tejimola transforms back into her human form.

The most phantasmic or unthinkable aspect of Tejimola’s story is her metamorphosis across life forms. Amitav Ghosh tells us in The Great Derangement that to restore the presence and persuasiveness of the unthinkable in our stories is to unshackle the capacities of imagination from the chains of certitude and probability, which limit the prose of modern storytelling. This shrunken imagination is what makes the understanding of ecological relationships in their deep interconnectedness, incomprehensible (Ghosh 2012). To recover the “possible” in the imagination from the prison-house of the ‘probable’ is to restore a story’s power to evoke wonderment. Wonderment, as Ranajit Guha describes (while pointing the limitations of modern prose of novel and historiography) is not the same as curiosity; it doesn’t lead up to the vindication of a story by its verifiability (a narrative reporting an actuality). The mood of wonderment is an attunement that has nothing to do with the acquisition of information or understanding the world as firmly rooted in accuracy – a coalescing of knowledge and it’s object­- rather, it is a form of contemplation about the world through a disposition which generates a profound form of knowledge that draws from the raptures of unknowability, and enables one to rethink oneself in the world (Guha 2002:65). Tejimola’s tale is an incitement to imagine relationships across life forms by holding on to this capacity of stories to evoke wonderment.

The Materiality of Metaphors

One could of course argue that such imaginations are allegorical attributions of human emotions onto other forms of life. But one could also ask why we time and again resort to thinking through analogies to emphatically articulate our sentience – why do we fall back on the similarities and differences drawn across life forms? Why is it that to describe emotions we often map them through our observations and assumptions about the life worlds of nonhuman forms, their dispositions, and actions?

In How Forests Think, Eduardo Kohn speaks of the importance of making provisional guesses about what the nonhuman animals think. He argues that provisional guesses arise from living intimately with other life forms and attempt to interpret their subjective worlds. They attempt to think from the perspective of other beings, outside a limiting framework made of only two incommensurable ways – the certitude of knowing or the impossibility of knowing.

Instead of this binary framework, provisional guesses recognize that ways of thinking and knowing (be it introspection or trans-species communication) aren’t exclusive to a thinking self. They are always mediated by a common pool of signs shared by all life forms and their inter-relationships (Kohn 2013:86, 87).

Along these lines, one could argue that stories, which are seemingly allegorical or are thought through analogies, are in fact invitations to think relationally. They are also attempts at making provisional guesses. Then, the unfolding of Tejimola’s suffering and survival through her interspecies experience is more than an anthropomorphic appropriation. It is a creative opening that recognizes a shared sentience between life forms, and beckons their possibility to engage with one other premised on this.

Moreover, Tejimola’s suffering invokes a sense of the world where thoughts and corporeality are inseparable. Instead, they are interwoven with, and are extensions of one another. After all, analogy as a form of symbolic representation arises from a pool of signs shared across life forms, of which symbolic representation specific to humans is only a part (Kohn 2013). Kohn argues that bodily/biological processes are no different from thoughts, given they are all processes of interpreting and representing the environment (Kohn 2013). Folktales, as the one discussed here, upholds such a porous and lively understanding of the world. As A. K. Ramanujan has shown us, folktales locate thoughts and emotions as material substances that have weight not metaphorically but literally. ‘They travel and transfer and in the process are capable of transforming the world-where one may become another’ (Ramanujan 1999:438).

Tejimola’s transmutable corporeality makes her afflictions take fleshy forms while she transcends her bodily boundaries. In this process of transcendence, the sharp dichotomies between both thought and materiality and between nature and culture are blurred.  Dichotomies of nature-culture have often colored stories of suffering and resilience through tropes of exile into the forest or banishment into the wilderness. So it becomes useful to point that Tejimola is not banished into an un-enchanted mute backdrop of ‘nature’ that exists in opposition the realm of existence. Instead her grief, her embodiments, and the environment are all enmeshed together in the telling of the tale.

Tejimola’s story is a story of resilience. In the encapsulated time-space of the story however, it isn’t possible to locate Tejimola, the resilient protagonist, within the neat unity of the word “human.” Tejimola’s personhood is dispersed. It is a fluid space of transformation — to a bottle-gourd, then to a citrus fruit, the salika (sparrow), and a human.

In performative methods of telling life stories, the self is always constructed relationally, as opposed to an autonomous sovereign self (Malhotra and Lambert-Hurley 2015). Tejimola’s story is an invitation to further such a concept of relationality, one that encompass a multiplicity of life forms and shatters the intactness of bodies as a precursor to individuated living. Donna Haraway also tells us about relationality. She tells us that recent works on biology urges us to think of the world as sympoietic, which is the recognition that no species can act or thrive in the world alone (Haraway 2016:100). It means living cannot anymore be thought of as singularly unfolding, but at every level it is a network of collaborative relations of life forms. The idea of “bounded individualism” is, as Haraway writes (2016) thus rendered obsolete.

Relationality in the story is also demonstrated as a kinship of life forms. Chandra Kumar Agarwalla, one of the earliest romantic poets of Assam and a contemporary of Laxminath Bezbaruah, wrote a poem on Tejimola where he rhetorically asks her – Manuh kutume doliyay pelale Kaknu kutum pali? (When human kins have discarded you, in whom have you found your kins?) (Agarwala 1998). Kinship in this story extends beyond her relationship with her human kins – it encompasses, like the poet indicates, other forms of life. Kinship here becomes more than a matter of genealogical tie, but a deeper sense of shared affiliation of belonging to an earthly community. Kinship becomes a collaborative endurance and survival, what Donna Haraway would call “becoming-with” (Haraway 2016). The story emphasizes that kin-making, “is the making of persons –not necessarily as individuals or humans, but as an assembling sort of word” (Haraway, cited in Govindarajan 2018: 13). Even though Tejimola transforms from one classificatory grid of being to another, she blurs the boundaries between them. In this light, one would be missing out in reading the story as one of human exceptionalism, a journey of the individual where other critters are merely instrumental. Rather, the profound possibility of the story is in imagining Tejimola’s personhood in plural, as shared; it is a verb instead of a noun.

Recursive-ness of Living and Dying

The capaciousness of Tejimola’s life as a process lies in how it incorporates death within the narrative – not as an end but as a continuity. The story’s contemplation about death through Tejimolas’s recursive dying and living across life-forms point towards what Val Plumwood calls an ecological conception of death and afterlife (Plumwood 2008: 329). Plumwood argues against inherited ideas of death – both those of a complete end of an individual life and those where we depart for heaven. These are, she writes, epitomes of human exceptionalism and a detachment from earthly communities. Even though at the end of this story, Tejimola returns to her human form, it doesn’t impoverish the scope of reading her multiple deaths and living as an “ecological animist conception of afterlife which is a positive ecological presence in the life of other species, not an end of a story but a continuation. In one’s death they may lose an organizational form but they get incorporated in the lives of other being” (Plumwood 2008:328). In our deaths we get eaten, we decay but we continue to nourish the web of lives and thereby continue to thrive in ways more earthly than anthropocentric.

Travelling through the various forms she takes, Tejimola compels her reader not only to re-imagine living beyond the narrow confines of bracketed selfhood, but also to relinquish the compartmentalization of life and death. In her persistent existence she articulates the world and living as processes that are ever mutating and always collaborative.